Unfortunately, this year we were unable to attend Maspalomas Pride due to job travels, but hopefully we will be there for the Winter Pride in November. It was a huge disappointment, but that’s life… Anyway, today’s photos are from Maspalomas Pride 2015, the Pink Night. Enjoy! 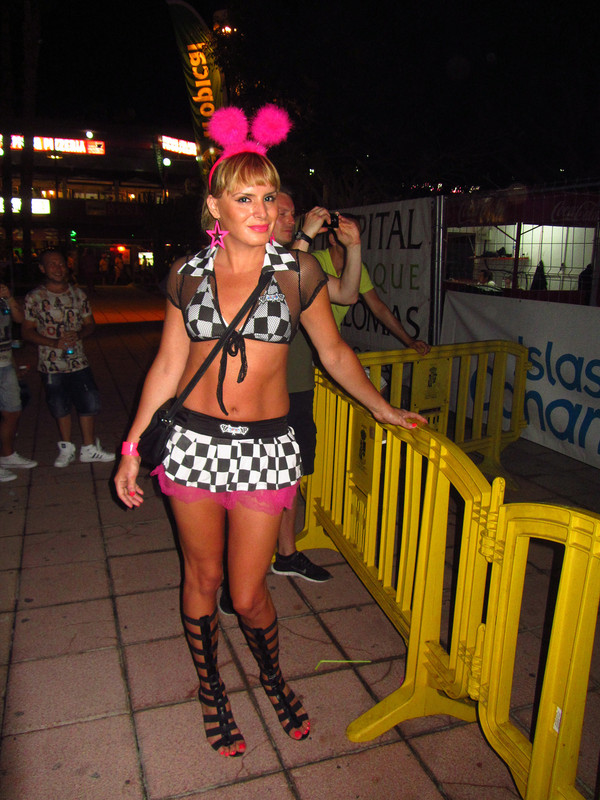 END_OF_DOCUMENT_TOKEN_TO_BE_REPLACED

Saturday night @Yumbo Center. See you soon as the Winter Pride is just around the corner!!! Look for your favourite police 😉 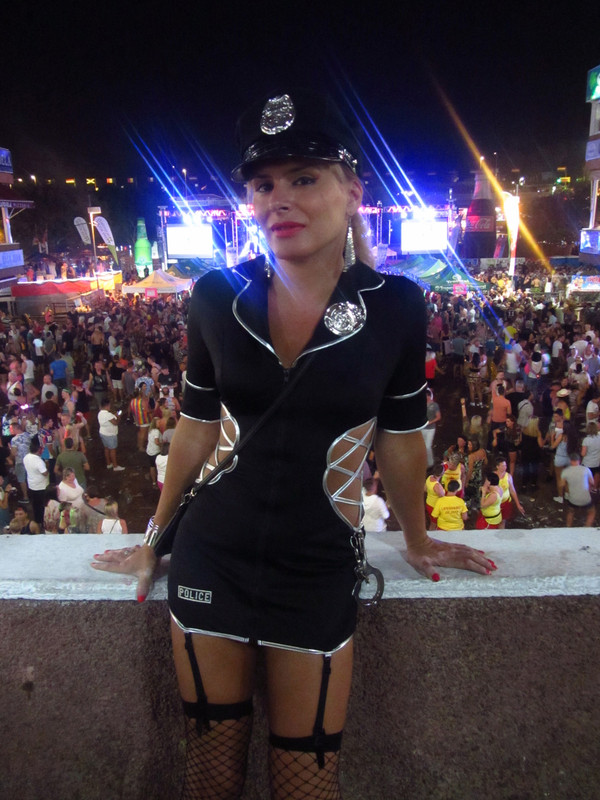 END_OF_DOCUMENT_TOKEN_TO_BE_REPLACED

Sunday July 7th, just one day after the main parade of Madrid Orgullo (Pride) Gay 2013, the trendiest party downtown started its last session before September (the summer is way too hot to dance inside a club, even if… I would!). Can you imagine a club which opens its doors on Sunday at 8:00 P.M. (sunny calm day outside) and only after 20 minutes is completely full and everyone’s dancing ? Well, I lived that only once in my clubbing life: at ¡Que trabaje Rita! party. I was on the entrance list but since I arrived at 8:15 I had to stay at the queue and when I entered, booooom, the club was packed!

END_OF_DOCUMENT_TOKEN_TO_BE_REPLACED

And now, after the daylight photos of the Pride LGBT of Madrid, here are some shots from the night party. Not as many as the daylight, but anyway, enjoy! This was LGBT Pride of Madrid, 2012. In a future post I’ll put more photos from the Friday afternoon and night, one day before the main parade.

END_OF_DOCUMENT_TOKEN_TO_BE_REPLACED

A promise is a promise so I’m back with infos about the 2011’s Orgullo (Pride) Gay from Madrid. This year, the parade was obstructed by some restrictions regarding the noise in Chueca neighborhood so the street music concerts and dj’s performances were all affected. The proposal was that all the people to wear headphones, but you can imagine what frustrating was not to be able to talk to your friends or to hear people whistling or shouting… so, no atmosphere at all. I can listen music at home too, I can even dance at home, but of course what makes a concert special is the atmosphere, the link between the band/dj and the public. A total mess, I hope this will be a lesson for the next years manifestations.

Otherwise, it was a wonderful ambient on Chueca’s streets all the past week (especially for the weekend, starting with Thursday), a lot of people wearing imaginative and sexy costumes and make-ups in a 0% tolerance for the intolerance. Haha, how did I wrote it 🙂 The 2nd July’s parade started at 6 PM (with a quarter hour delay) with some fireworks in a very hot atmosphere on the Puerta Alcala, following to Plaza Cibeles, then to Gran Via, Callao and finalizing its journey in Plaza España where there was one of the concert stages. Imagine 2 kilometers of wide boulevard massively compacted with people dancing, shouting and enjoying the Orgullo, despite the hot temperature of the Spanish capital. But, then, all this people went to bars, clubs or street stages to continue the party. Because I love the lesbian clubs atmosphere, I went with my lovely girl into Paddock, a chic club from Paseo Recoletos to continue the fun as the party here was set up by Lesmadrid, an organization made out of lesbian clubs and bars Truco, Escape and Fulanita de Tal. We enjoy very much the music, the design of the club, even the drinks, the only (for us) problem was with the ventilation that doesn’t worked and, as I love to dance, it made me sweat all the time. The good thing is that my makeup survived, the bad thing is that my love asked me to leave before the ending of the party.

Putting all together, it was a good Orgullo this year, but with some issues (that I hope the next year will be solved), so I think it was a little better last year. This should be a lesson for the next editions. But enough talking, let’s see some photos (I know you fervently wish). Click on them to see the full size.

So, what do you think about my head accessories ? Hehehe, I hope you like them END_OF_DOCUMENT_TOKEN_TO_BE_REPLACED